Why Did God Make Mosquitos? 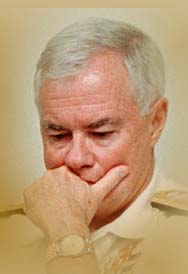 If God is good and wise, why would He make mosquitos that cause discomfort and problems? This question helps us understand other concerns about suffering.


I read an article entitled “Why Did God Make Mosquitos?”* Mosquitos attack people, cause discomfort, and can even spread serious diseases. So, if God is good and wise, why did He make mosquitos? Answering this question will help answer many other questions about problems in life.


Everything God Made Was Originally Very Good.

Exodus 20:11 – In six days the Lord made heaven and earth, the sea, and all that is in them …
Genesis 1 records the creation day by day. It repeatedly says that God saw that what He made was good. It ends by summarizing: “Then God saw everything that He had made, and indeed it was very good.” (Genesis 1:31)
So mosquitos, along with all the other insects, germs, birds, fish, and animals, were all created during the six days of creation. And each one of them when it was created was very good.
But today other living things often cause conflicts and problems. So what happened?


Problems Came into the World as a Result of Sin.

Genesis 2 says that God originally placed man in the Garden of Eden, and everything there was pleasant. But God warned Adam that if he ate of the tree of the knowledge of good and evil, he would die (verses 16,17). Everything would be fine unless Adam disobeyed.
In Genesis 3, Adam and Eve gave in to temptation and ate the forbidden fruit. Immediately, things that had been very good suddenly involved problems.
Verse 7 – Adam and Eve had been without clothes, but now they felt ashamed.
Verses 8-11 – Before this they had walked and talked with God; but now they were afraid to be in God’s presence.
Verse 12 – Before this the man was pleased with his wife, but now there were accusations and faultfinding.
Verses 14,15 – The serpent had existed before, but now there would be enmity between the serpent and people. Note the beginning of problems between people and other living things.
Verse 16 – From the beginning the man and woman were told to reproduce. But now childbearing would cause pain for the woman.
Verses 17-19 – From the beginning the man was required to work to care for the garden. But now the ground would be cursed, so his work would involve frustration, sweat, and hard labor.
Verse 19 – At first the people could eat of the Tree of Life. But now they would die and return to the dust. Death is caused by disease and accidents; so these must have come into the world at this time, including all of the causes of disease.
Romans 8:20-22 – The creation was subjected to futility and the bondage of corruption, so the whole creation has been groaning together in the pains of childbirth until now.
So the whole creation is under a curse because of sin. All the things that had previously been pleasant and very good then became troubled.


What Does All This Have to Do with Mosquitos?

The Bible does not tell us what changes occurred to each specific kind of living thing as a result of the curse of sin. But we do know that things that had been good and pleasant now became troubled and unpleasant in various ways.
So what good are mosquitos? The article says:


“…many mosquito species use their unique mouthparts to take nectar from flowers or fruit. Of the 3,500 or so named mosquito species, only a few hundred harangue humans. … Plus, the majority of the species that dine on nectar also pollinates plants.

Compare this to bees. Bees are irritating when they sting us. But bees mostly do good because they pollinate plants and flowers. So bees are okay as long as they leave us alone.
It turns out the same is true of mosquitos. The vast majority of mosquitos do us no harm at all. Most of the time they do what they apparently were originally created to do. Like the bees they take nectar from flowers and pollinate plants.
So while the Bible does not specifically explain mosquitos to us, we can see that mosquitos would have had a good purpose from creation. But like everything else, the problems came because sin came into the world.

The problem of sin is ultimately solved through Jesus Christ. In this life we can be forgiven, and after this life we will live where once again there are no problems.
Revelation 22:2,3 says that those who enter the eternal city will once again partake of the Tree of Life, there will be no curse, but we will be in the presence of God, serving Him forever.
Have your sins been forgiven? Are you destined to enter into the eternal city where there is no curse?

* By Brian Thomas, Ph.D., Monday, September 30, 2019, “Why Did God Make Mosquitos?” Acts & Facts. 48 (10)
(C) Copyright 2020, David E. Pratte You are free to keep copies of this material on computer and/or in printed form for your own further study. If you have any other requests about the use of this material, please read our copyright guidelines at www.gospelway.com/copyrite.htm.