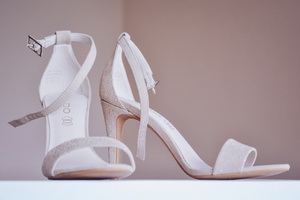 Winston Churchill’s mother was extremely proud of her appearance and charm. For nearly ten years she was considered the most desirable lady in England. She once said, "I shall never get used to not being the most beautiful woman in the room." *

Consider some lessons we should learn about pride.

A proud person thinks he is more important than other people and should be honored and appreciated above others. Such an attitude is fundamentally unloving. Love teaches us to seek the well-being of other people, but the proud person seeks only his own interests and desires.

Proverbs 16:18,19 – Pride goes before destruction, and a haughty spirit before a fall. Better to be of a humble spirit with the lowly, than to divide the spoil with the proud.

Proverbs 18:12 – Before destruction the heart of a man is haughty, and before honor is humility.

Proverbs 29:23 – A man's pride will bring him low, but the humble in spirit will retain honor.

The proud person does not want to admit his mistakes. He resents anything that prevents him from getting his way. But sooner or later pride will lead to a person’s downfall.

Proverbs 16:5 – Everyone proud in heart is an abomination to the LORD; Though they join forces, none will go unpunished.

James 4:6 – God resists the proud, but gives grace to the humble.

There are many ways that proud people may try to exalt themselves above others. One way is by physical appearance. They think external appearance makes them superior to others. Either men or women may have this problem, but the Bible especially warns women.

1 Peter 3:3.4 – Do not let your adornment be merely outward – arranging the hair, wearing gold, or putting on fine apparel – rather let it be the hidden person of the heart, with the incorruptible beauty of a gentle and quiet spirit, which is very precious in the sight of God.

Women and men need to learn humility about outward appearance. All earthly advantages are temporary. No matter how handsome or beautiful you are, those good looks will fade over time. If you trust them to make you important, you are headed for a downfall.

Later in life, as a result of wearing extremely high heels, Winston Churchill’s mother fell. She broke her leg, which eventually had to be amputated, and ultimately led to her death.*

Have you allowed pride to keep you from serving God, or are you willing to humble yourself, become His child, and dedicate your life to His service?

(c) Copyright David E. Pratte, 2019, David E. Pratte You are free to keep copies of this material on computer and/or in printed form for your own further study. If you have any other requests about the use of this material, please read our copyright guidelines at www.gospelway.com/copyrite.htm. Free Bible Study Lessons, Commentaries, and Workbooks